This September Chris and some of the team from Alltec have decided to take on a Sky Diving Challenge for Kirsty’s Kids
.

Chris, Andy, Paul and Chris will all be doing a tandem Skydive with UK Sky Diving

Also joining them are Kevin Barber and Billy Russell!

They will be jumping out of the plane at 13,000 feet strapped to an instructor and hopefully raising well needed funds for out chsen charity Kirsty’s Kids www.kirstyskids.org  The charity was set up by John and Jan Bryden in memory and to continue the great work of their daughter Kirsty.

100% of donations go directly to Kirsty’s Kids, Alltec are covering all the costs of the ‘jumps’.

Please donate what you can!  Thanks

Kirsty Bryden was a young, fun-loving girl who spent most of her short life helping other children, sometimes even senior to her own age.

At the age of 18 years old she had already saved her earnings and gone to Africa to help Kids. She unexpectedly found herself in charge of 130 orphans, age from 5 months to 16 years old.

On 28th September 2010 Kirsty helped a small child suffering from seriously ill health and had driven the infant to hospital with the child’s mum.

This involved Kirsty driving her mums car half way across Scotland and back.

During the drive back from the hospital Kirsty must have been thinking about “her kid’s”, because on her return Kirsty decided she needed to make

serious bucks in order to help her favourite charity, Over The Wall, a charity which Kirsty was very involved with as a hands on get stuck in young woman. An inspiration to others and a very important mentor to children who needed special support and assistance, sometimes children who were dying.

Kirsty’s answer circumnavigate the UK on B class roads on a small 12 hp motor bike to raise £10k for her kid’s.

To Kirsty, at 19 years old and having mothered 130 orphans in Mozambique, mentored kids with severe learning difficulties and special needs, since she was 14 years old saw all children as “her kid’s”.

On Kirsty’s arrival home she talked to her dad about the motor bike trip and left the house in her mums car to pick up her brother Dougie from youth club.

She never returned to the house as she was tragically killed with her friend Roddy MacInnes in a car accident.

Following the death Kirsty’s Mum & Dad found 5 large boxes of thank you letters from children who were dying, their parents, fellow careers and people whose life’s Kirsty had touched in her short time on this earth.

Mum & Dad stacked the letters into boxes then realised that their daughters personal possessions amounted to a pair of trainers, some T shirts, a few CDs and personal clothes all of which fitted into one box. Five boxes of letters and 1 box of personal effects!

Kirsty never revealed the letters she was not someone to say look at me.

She just got on with the job.

100% of donations go directly to Kirsty’s Kids, Alltec are covering all the costs of the ‘jumps’.

Please donate what you can!  Thanks 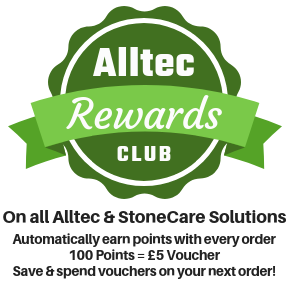